The delivery of nucleic acid-based molecules in human cells is a highly researched method for the treatment of multiple diseases, including monogenic diseases and cancers. As with most in vitro transitions, in vivo transfection is technically complicated. Some factors that should be considered include DNA/RNA stability, delivery efficiency into the body, and tissue/organ specificity.

In vivo transfection of DNA and RNA is usually based on non-viral or viral vectors. Non-viral vectors for DNA and RNA transfer are generally not as effective as virus-based systems, but they are particularly suitable because they do not require biological safety considerations. There are currently many commercially produced in vivo transfection reagents that can deliver DNA or RNA into living animals.

Cationic lipid-mediated transfection (also known as lipofection) is the most widely used non-viral gene delivery method. When mixed with nucleic acids, lipid-based preparations will charge-dependently form a lipid complex structure around the nucleic acid and protect it from extracellular or intracellular nuclease damage. Neutral lipids (DOPE) and cholesterol are usually included as "auxiliary lipids" in liposome formulations to improve transfection efficiency and particle stability. The incorporation of fusogenic DOPE into cationic liposomes can significantly improve endosomal escape through membrane fusion and destabilization, resulting in higher transfection efficiency.

So far, lipofection has been successfully carried out by local administration or intravenous injection in vivo to deliver nucleic acid in lung, muscle, brain, skin, and various tumors.

The ability to functionalize and hybridize makes cationic polymers an attractive tool in the gene delivery domain. Among them, the most widely studied cationic polymer is polyethyleneimine (PEI). This aziridine polymer with high amino density has a strong buffer potential in a wide pH range. This characteristic is a key factor for the effective release of nucleic acids from endosomes during transfection.

PEI has two forms, branched and linear, and is used to transfect a variety of cell types in vitro. Among them, linear PEI is widely used for tumor treatment in vivo. The transfection efficiency of the two forms of PEI largely depends on their molecular weight, and the most commonly used polymers are 25 kDa and 22 kDa, respectively. However, the dense positive charge often makes them cytotoxic and non-biodegradable. As a transfection agent, although low molecular weight PEI (LMW PEI<10 kDa) is not as efficient as its larger variant (HMW PEI), it is less toxic. 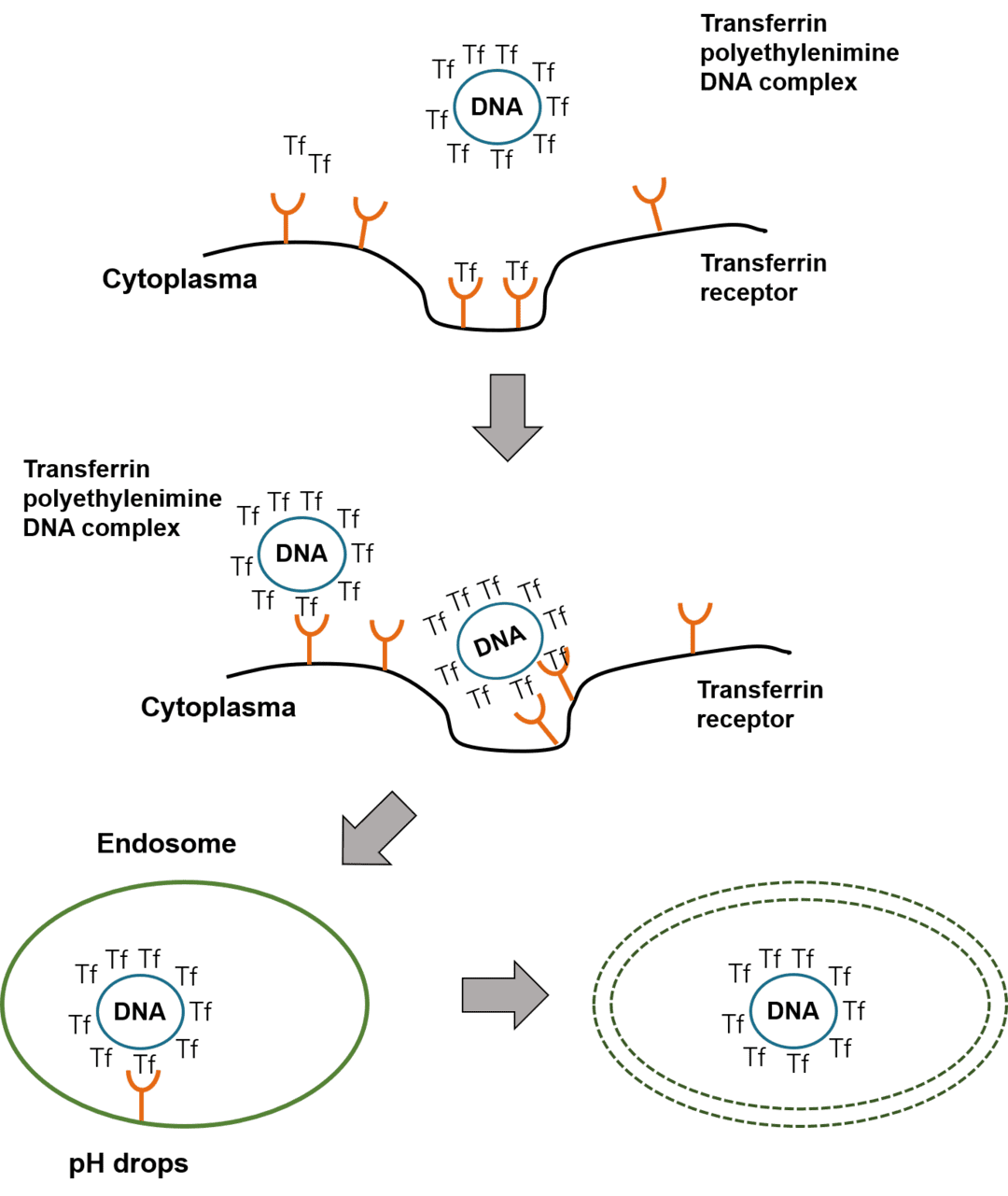 A virus can be used as a vector to introduce DNA into cultured mammalian cells by viral transduction technology. At present, a large number of virus-mediated in vivo gene delivery methods have been studied, but the clinical and laboratory use of these technologies also poses significant risks of biohazard. 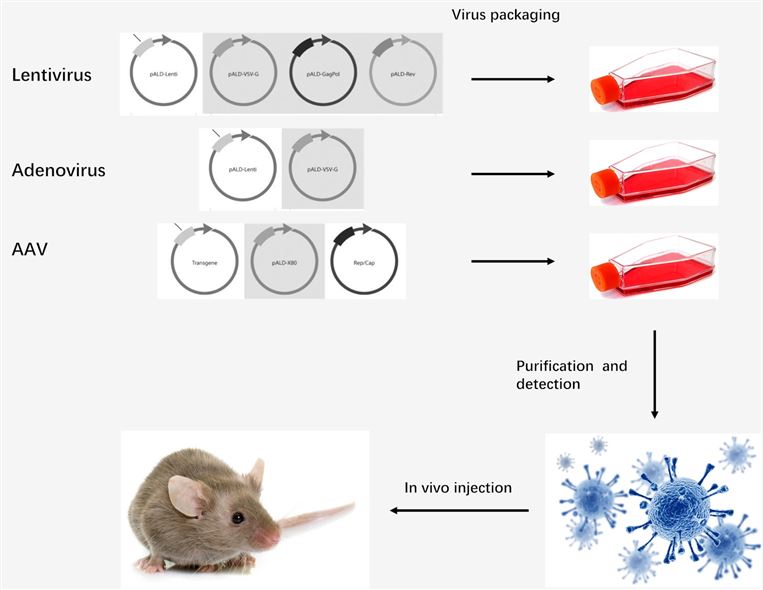 Lentiviruses can integrate a large amount of viral cDNA into the host genome, mediate stable and long-term transgene expression, and effectively infect dividing and non-dividing cells in the body. So far, it has been proven that in vivo gene delivery based on lentiviral vectors can effectively treat a variety of diseases including β-thalassemia, X-linked adrenal dystrophy (ALD), heterochromatic leukocyte dystrophy, etc.

Recombinant adenovirus cannot integrate into the host genome due to its lack of integration ability. Adenovirus has a large cargo capacity (~8kb) and is easy to operate by recombinant DNA technology. Adenovirus has been used to treat a variety of cancers, including prostate cancer, chronic lymphocytic leukemia/small lymphocytic lymphoma (CLL/SLL, non-small cell lung cancer (NSCLC), melanoma, renal cell carcinoma, etc.).

Adeno-associated virus (AAV) has moderate immunogenicity high level of biosafety and a wide range of infectivity, and can mediate the long-term and stable expression of target genes in the body. AAV vectors have achieved promising results in gene therapy of many diseased, including lipoprotein lipase deficiency (LPLD), spinal muscular atrophy (SMA), retinal dystrophy, and cystic fibrosis.