CRISPR is a powerful tool that can be used to edit the genome relatively quickly and easily and is at the forefront of gene-editing technology. The CRISPR/Cas9 system contains two important components: programmable guide RNA (gRNA), and nuclease Cas9. gRNA can bring Cas9 nuclease to the target region of the genome, and then Cas9 makes a double-strand break in the DNA. The cell's natural DNA repair mechanism can then be used to make specific genome changes (point mutations, deletions, insertions, etc.). CRISPR has been used for a variety of purposes, including single-base editing, whole-genome screening, and the development of transgenic animals. 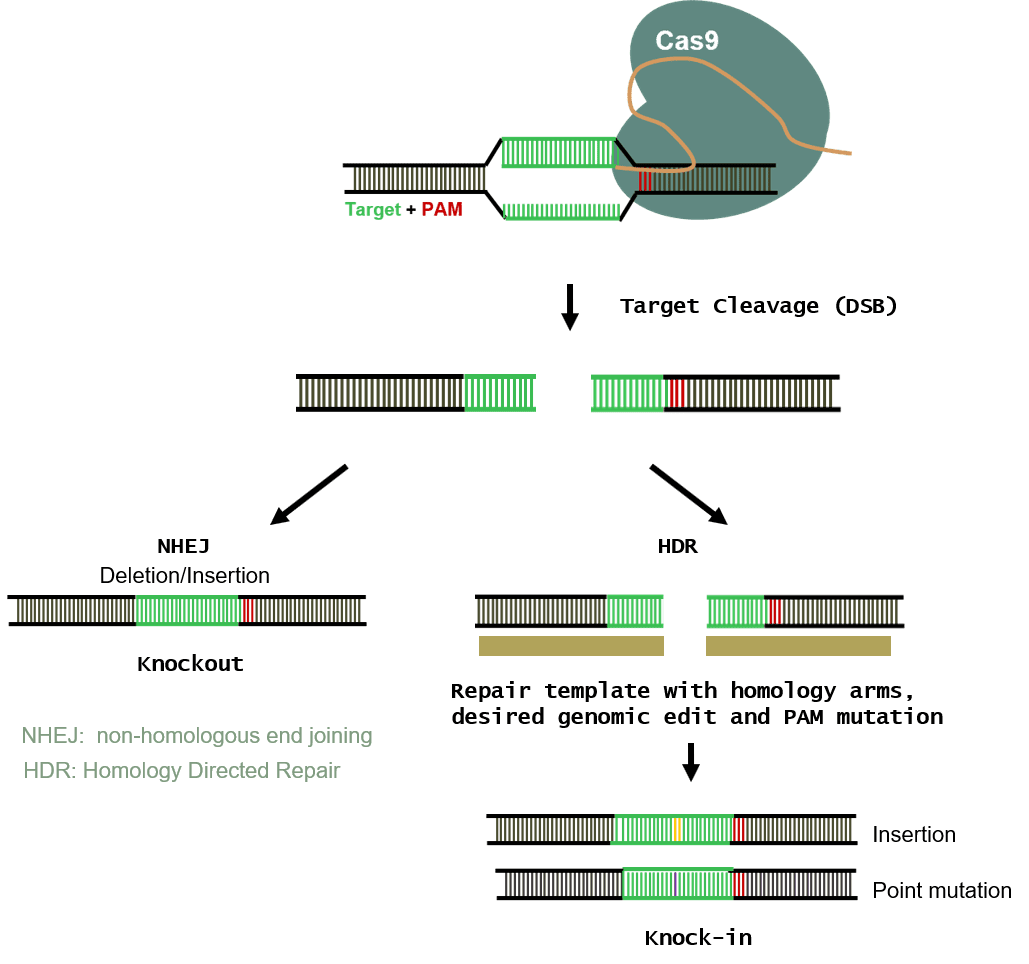 The key step of any CRISPR workflow is to deliver gRNA and Cas9 to the cytoplasm or nucleus of the target cell. Transfection methods can be roughly divided into physical, chemical, and virus-mediated categories. Each method has different advantages and disadvantages in terms of efficiency, throughput, equipment, skills, and cost. In this article, we discussed some tips to consider before choosing a transfection protocol, as well as the advantages and disadvantages of each method.

The format of the CRISPR component may influence your decision on which transfection method to use. Guide RNA and Cas9 can be delivered to cells in the form of DNA, RNA, or pre-formed Cas9/guide RNA ribonucleoprotein (RNP) complex. Cas9 DNA and RNA formats need to be transcribed and/or translated after they are introduced into cells, while nucleases need to pass through the nuclear envelope after their preparation. The Cas9 sequence contains a nuclear localization sequence (NLS) to ensure that it can enter the nucleus for genome editing. In addition, Cas9 can be directly transferred into the cytoplasm in the form of protein, but care needs to be taken to avoid the loss of Cas9 function caused by the endosomal pathway.

Temporary holes are created in the plasma membrane through physical methods, and gRNA/Cas9 passes through these holes and then enters the cell. Three popular physical methods of introducing CRISPR components into cells are electroporation, nuclear transfection, and microinjection. Electroporation and nuclear transfection use electrical pulses to create holes in the plasma membrane, while microinjection uses a needle to force the holes through the membrane.

Several chemical-based methods can be used to transport molecules into cells, including calcium phosphate, cationic polymers, and cationic amino acids. Lipid transfection is one of the most common methods for introducing CRISPR components into cells.

The process first involves packaging the gRNA/Cas9 sequence into viral particles and then introducing the particles into target cells. To prepare virus particles, plasmids containing gRNA or Cas9 sequences and plasmids containing viral genes are introduced into a packaging cell line (for example, 293T cells). Once the viral particles are produced, they can be harvested from packaging cells and introduced into target cells to be transfected with gRNA or Cas9.

There is no single “one-size-fits-all” answer to the protocol that everyone should use in CRISPR experiments. The sample type and experiment goal will first be used to determine the best plan for each experiment, and in each case, the selected plan needs to be optimized to achieve the highest editing efficiency.