Calcium phosphate-mediated transfection has been used to transfer DNA into mammalian cells for more than 30 years because of the lowest cost. This method was originally developed by Graham and Van Der Ebb and later modified by Wigler. This procedure is commonly used to transfect multiple cell types for transient expression or to produce stable transformants. 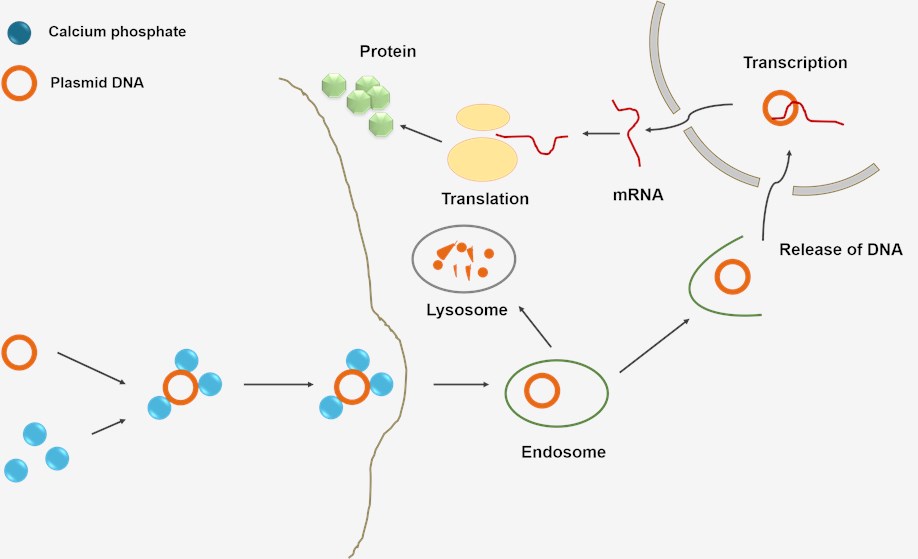 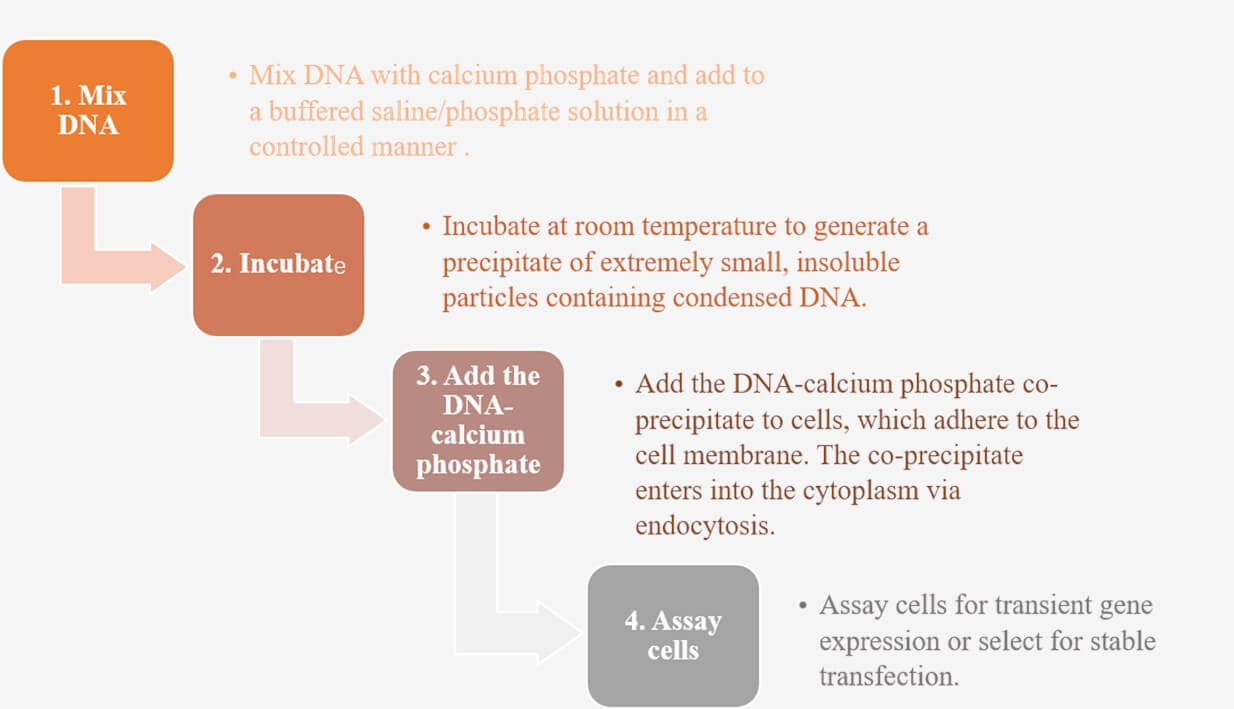 The main factors that affect the efficiency of calcium phosphate transfection are the amount of DNA in the precipitate, the length of time the precipitate remains on the cells, and the use and duration of glycerol or DMSO shock.

The concentration of total DNA in the precipitate will have a huge impact on the efficiency of DNA absorption by calcium phosphate-mediated transfection. The optimal amount of transfected DNA varies from 10 to 50 micrograms per 10 cm plate, depending on the cell line to be transfected. It is also necessary to consider the possible impact of impurities in DNA preparation during the transfection process.

There are many ways to form calcium phosphate-DNA co-precipitates, and they vary greatly.

Some people recommend not to perform the gentlest agitation. It is recommended to use air blown gently from an electric pipette to mix the buffer solution of DNA and calcium phosphate.

Other recommended methods include mixing slowly during the addition of the DNA solution and then vertexing gently.

No matter which technique is chosen, the goal is to ensure that the precipitate formed is as fine as possible and to promote the prevention of endocytosis and processing.

In calcium phosphate transfection experiments, the most common cause of failure is that the 2x HeBS solution no longer has the proper pH. The optimal pH range for transfection is very narrow (7.05 to 7.12). The pH value of the solution may change during storage, causing it not to work properly. If the transfection has been unable to proceed normally, fresh 2x HeBS solution and fresh 2.5 M CaCl2 solution should be used.

In addition, during the transfection process, the pH of the medium may become acidic. This results in extremely heavy deposits (making the medium resemble orange juice), which usually leads to cell death. Care should be taken to maintain the pH of the medium in the incubator at 7.2 to 7.4 and maintain the CO2 concentration in the incubator. The first overnight incubation should be performed under 3% CO2, but a difference of 0.5% may be acceptable.

By "shocking" the cells with glycerol or DMSO, the transfection efficiency of certain cell lines (such as CHO DUKX) can be significantly improved. However, it should be noted that excessive exposure to glycerol will kill the cells. Either 10% or 20% DMSO can be used. DMSO tends to be less harmful to cells, but may be ineffective. Therefore, the optimal treatment time, length, and intensity of each cell line must be determined based on experience.

Copyright © 2022 BOC Sciences. All Rights Reserved.
BACK TO TOP